Learn what others say about Dia.


Treemap created with d3.js. Data was sampled in August of the respective year. For 2012, the dia-installer.de root page likes/+1's have been used instead of facebook.com/diagramr and Dia's Google+ page. Users are counted multiple times, if they're members of several communities.

Dia ratings and reviews on Ohloh.net 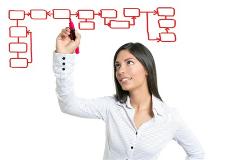